Excavations in St Andrews 1980-89: A Decade of Archaeology

An account of the rescue excavations carried out by the Scottish Urban Archaeological Trust (SUAT) in St Andrews during the 1980s. The medieval townscape, with its conservation status and concentration of nationally important monuments, has largely escaped redevelopment, enabling the survival of its magnificent heritage of standing buildings and, to a large extent, the archaeological remains beneath them. The results detailed here go some way to addressing two of the perennial research objectives in the study of St Andrews: the nature and origins of its ecclesiastical foundations, and the evolution of its medieval street plan and settlement pattern. 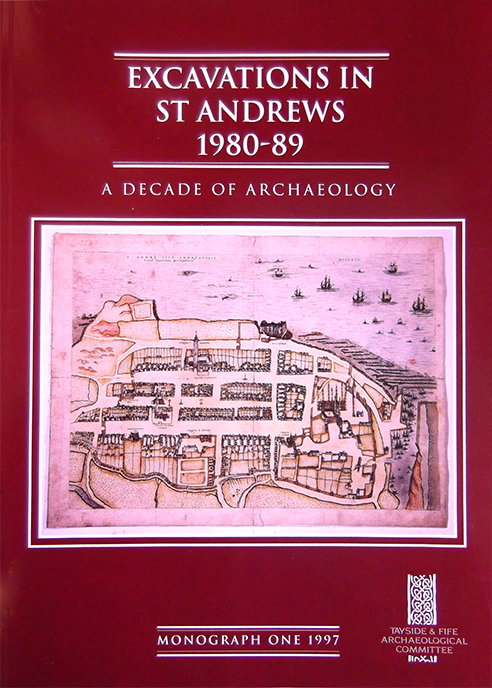 The Salt and Coal Industries at St Monans, Fife, in the 18th and 19th Centuries

Archaeological investigations between 1985 and 1995 provided the key to unlock the fugitive evidence of a heavily industrialised landscape of the late 18th century, in an area now rolling farmland. Modern perceptions are reversed by this fascinating integrated analysis of hidden traces found in historic documents and old maps, coupled with new evidence from aerial survey and excavations. Ideal circumstances came together 200 years ago at St Monans, where capital, raw materials, skilled labour and innovative engineering were fused to create one of the most important sites of the Industrial Revolution in rural Scotland. The saltpans survive as a unique monument to the lives of the engineers, salters and colliers who created this part of our early industrial history.

This volume is now out of print, but can be downloaded here: Perth: The Archaeology and Development of a Scottish Burgh

This monograph is now out of print, but can be downloaded in pdf format. This is a large file (27 MB).

Perth is unique among Scottish towns for the depth and quality of its archaeological remains. As one of the earliest royal burghs, Perth played a leading role in the medieval kingdom, so it has an exceptionally rich archaeological record. The anaerobic soil conditions in the town centre have caused the preservation of a wealth of organic and inorganic remains, almost unparalleled in Scotland. These have made Perth one of the most important burghs for the study of medieval urban archaeology. This monograph reviews the strands of evidence contributing to the understanding of how Perth developed and considers how best to ensure that new development can be matched with the preservation of a valuable resource. 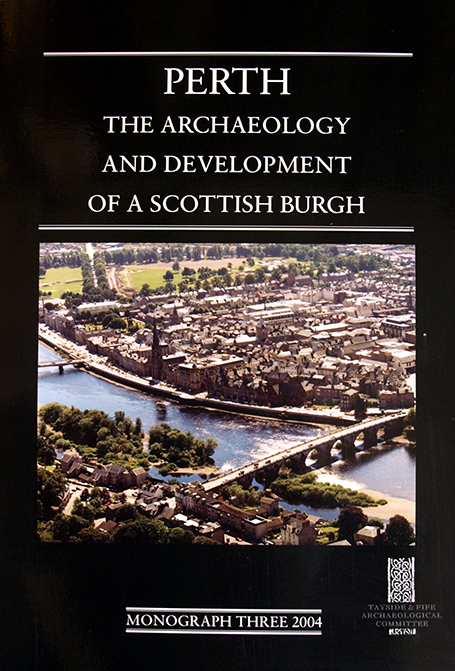 Since the publication of the Dundee Burgh Survey in 1988, much archaeo-logical work has taken place, adding to our knowledge medieval Dundee and raising questions about the traditional view of Dundee’s history, especially its origins. In particular, an almost for-gotten medieval cemetery has been located, the town’s defences investigat-ed, medieval buildings found, and evidence of the medieval burgh’s trades and industries recovered. Rather more archaeological evidence survives than used to be thought. This publication was jointly funded by Historic Scotland, Dundee Historic Environment Trust and the Dundee City Council City of Discovery campaign. Three seasons of archaeological fieldwork were conducted between 1995 and 1997 by the Centre for Field Archaeology (CFA) and the Department of Archaeology, University of Edinburgh, at the hillforts located on Brown Caterthun (NGR NO 555 668) and White Caterthun (NGR NO 548 661), Angus. The investigations were carried out in response to evidence of ongoing rabbit damage to the earthworks of the hillforts.

Excavations at St Ethernan’s Monastery, Isle of May, Fife, 1992-7

This five-year campaign of excavations on the monastic site on the Isle of May in the Firth of Forth produced evidence of occupation by Christian communities from at least the 7th century AD and has revealed some of the earliest ecclesiastical buildings found to date in south-east Scotland. An Early Christian cemetery was discovered with origins in the 5th or 6th centuries AD, along with three phases of a church built in stone during the 10th to 12th centuries.

The excavations also revealed the largely complete conventual plan of the later priory founded in the 1140s. Evidence was found of destruction and decay in the early 14th century, at which time the historical evidence indicates abandonment in favour of a new convent at Pittenweem. Even though the priory was derelict, there is evidence that the site continued to be visited by pilgrims to the shrine of the saint, later known as St Adrian. The monastery was secularized as a laird’s house after the Reformation. This volume provides a summary of a conference ‘First Contact: Rome and Northern Britain’, held in Perth in the spring of 2008.

Pete Wilson: ‘Holding the line? The Humber frontier and the expansion into Yorkshire reconsidered’

David Shotter: ‘When did the Romans invade Scotland?’

Birgitta Hoffman: ‘Cardean: the changing face of a Flavian fort in Scotland’

David Wooliscroft: ‘79AD and all that: when did the Romans reach Perthshire?’

Erik Dobat: ‘The Gask ‘system’ in Perthshire: the first artificial frontier line in the Roman empire?’

William Hanson: ‘The fort at Elginhaugh and its implication for Agricola’s role in the conquest of Scotland’ 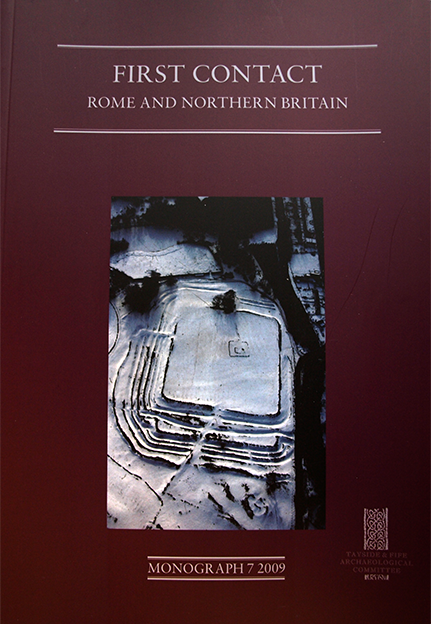